75 years on: The most popular Roswell UFO theories

All these decades later we're still no closer to finding out what really happened | Image: Shutterstock

This year on 07 July is the 75th anniversary of one of the most famous UFO-related incidents in history. All these decades later, debate still rages over what really happened on that remote patch of land near Roswell, New Mexico.

In July 1947, New Mexico rancher W.W. ‘Mac’ Brazel notified authorities that he’d come across debris from a peculiar wreckage – sheets of tin foil, wooden sticks, pieces of rubber. At that point, the US was in the midst of a ‘flying saucer’ craze, with numerous people claiming to have spotted strange objects in the sky. Brazel obviously wondered if the wreckage was somehow connected to such phenomena.

The Roswell Army Airfield got involved, dispatching WW2 veteran Jesse Marcel to investigate. They then sent out a truly remarkable press release that openly declared that a “flying disc” had been found on the property.

The military promptly did a striking U-turn, telling the press that the wreckage was not that of a spaceship, and was in actual fact a “harmless high-altitude weather balloon” that had crashed in the desert. From this apparent misunderstanding, one of the great American mysteries would take shape, inspiring endless books, TV shows, and films, and making Roswell a by-word for alleged alien activity around the world.

Theory 1: It really was a weather balloon

Generations after the Roswell incident, the US military decided to tackle the ongoing controversy that surrounded the weather balloon story. In 1994, they published a report which said that, yes, the story was indeed a cover-up… of sorts.

According to this report, the wreckage was likely that of a weather balloon tricked out with special microphones for eavesdropping on Soviet nuclear tests. As this was part of a top-secret Cold War experiment known as Project Mogul, the military had been unable to divulge the whole truth and had no choice but to claim it was a common-or-garden weather balloon.

A follow-up report in 1997 fleshed out this explanation, dismissing allegations of alien bodies by suggesting that civilians conflated the Roswell incident with other military tests involving crash test dummies.

Why is a small village in Scotland the UK's UFO hotspot?

These revelations firmly vindicated the sceptics who regarded the Roswell incident as a relatively mundane episode in the history of the Cold War. However, as military figures themselves well knew, the reports would also be regarded by many to be disinformation.

“This won't lay it to rest,” said retired Project Mogul bigwig Colonel Albert C. Trakowski at the time. “The psychology is simple: People believe what they want to believe. In New Mexico, flying-saucerism has become a minor industry. There are whole museums dedicated to the presentation of outrageous fictions.” 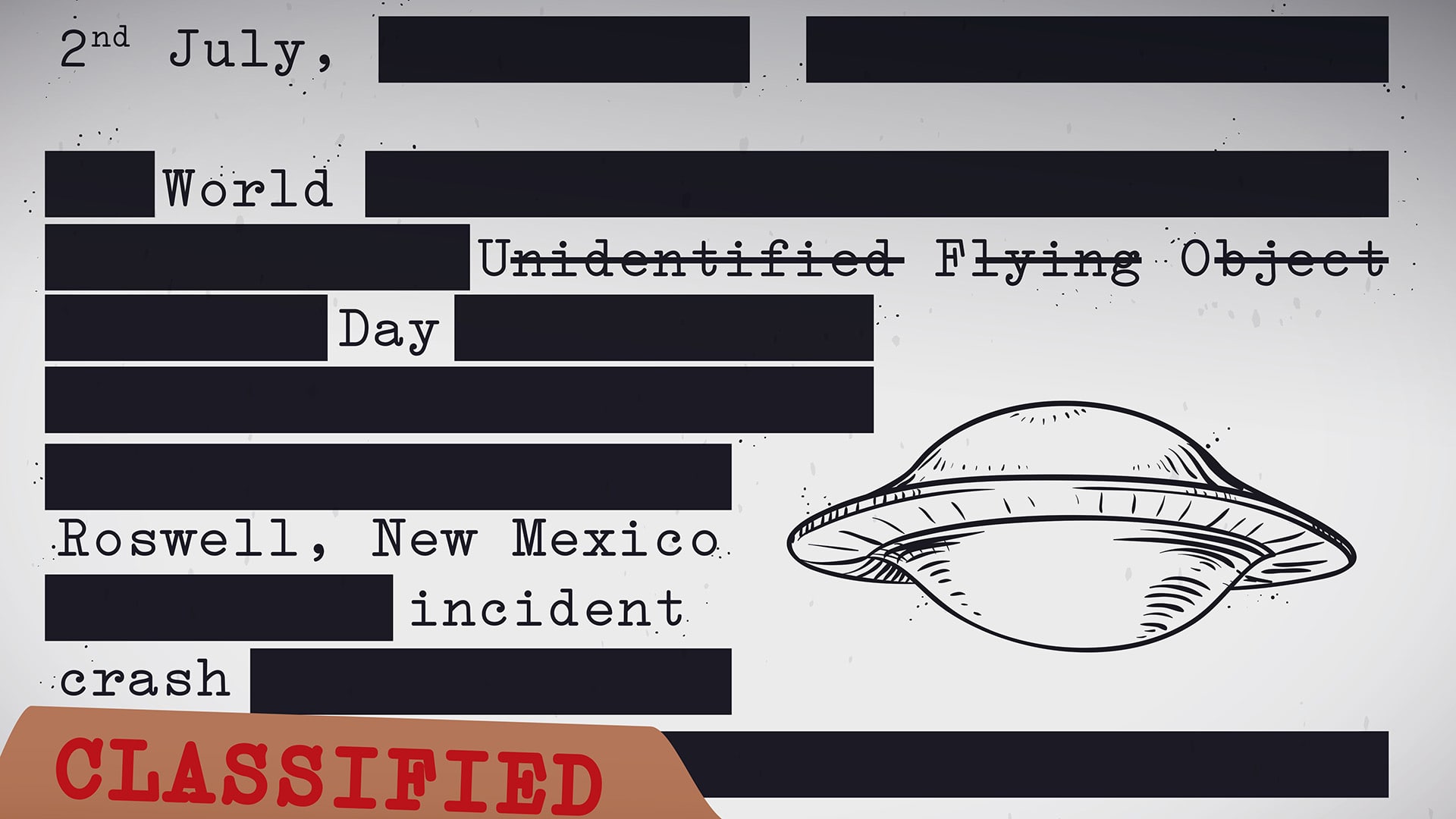 Theory 2: It was a crashed alien spacecraft

There are multiple reasons why so many people firmly believe that alien activity was covered up at Roswell. Ufologists generally point to the glaring red flag that was the original military press release, categorically confirming the existence of a “flying disc”.

Indeed, the man who actually penned that release, officer Walter Haut, later allegedly wrote a sworn affidavit stating that an egg-shaped craft had been found at the site. The affidavit also states that alien bodies had been recovered.

What happened at the Rendelsham Forest Incident, Britain's answer to Roswell?

Jesse Marcel, the original Roswell investigator, later talked about the almost supernatural strength of the materials recovered, saying that it was “not anything of this Earth”. Other senior military figures have also spoken out about the incident. For example, General Arthur E. Exon was reported as saying the “overall consensus was that the pieces were from space. Everyone from the White House on down knew that what we had found was not of this world within 24 hours of our finding it.”

There is not one accepted ‘alien narrative’ of Roswell, with different ufologists having their own take on the exact details and disagreeing on the reliability of various eyewitnesses. But what unites all of them is the absolute belief that the weather balloon/Project Mogul story was bogus and that a crashed spacecraft – and possibly even alien bodies – were found in July 1947.

Theory 3: It was a Russian psyop

A less popular theory is that the Soviet Union was somehow responsible for Roswell. Could it have been a downed spy plane, dispatched just as the Cold War was getting into gear? Unlikely – such an event would probably have sparked an international incident, similar to the one witnessed in 1960 when an American pilot was shot down while doing aerial reconnaissance in Soviet territory.

'Oumuamua: Did an alien probe visit our solar system in 2017?

However, in 2011, US journalist Annie Jacobsen published a book that contains what is arguably the most sensational theory of all. Titled Area 51: An Uncensored History of America's Top Secret Military Base, it suggests that Soviet forces faked an alien crash at Roswell, in the hope of triggering national panic like the one that followed the famous Orson Welles radio version of The War of the Worlds in 1938.

The theory proposes that Joseph Stalin recruited none other than Josef Mengele, the infamous SS doctor who performed grotesque experiments on human subjects during World War Two. Mengele allegedly created fake aliens to be planted with the fake spacecraft by modifying human beings who “were neither aliens nor consenting airmen, but human guinea pigs”.

Unsurprisingly, this particular explanation has been widely criticised and outright mocked, but it’s a testament to how Roswell has developed from a local news story to a piece of modern folklore, shared and embellished in ways that continue to fascinate all these years later.

When is 'Curse of Skinwalker Ranch' season 3 on in the UK?

'It's even more tantalising': William Shatner on The UnXplained S3

The world’s most well-kept political secrets

The historical legacy of the Knights Templar

The international influence of the Knights Templar

The Knights Templar – Debunking The Myths

13 things you didn’t know about the Knights Templar

One of the most incredible treasure hauls of all time? Five key items

Did Shakespeare Really Die From a Hangover?